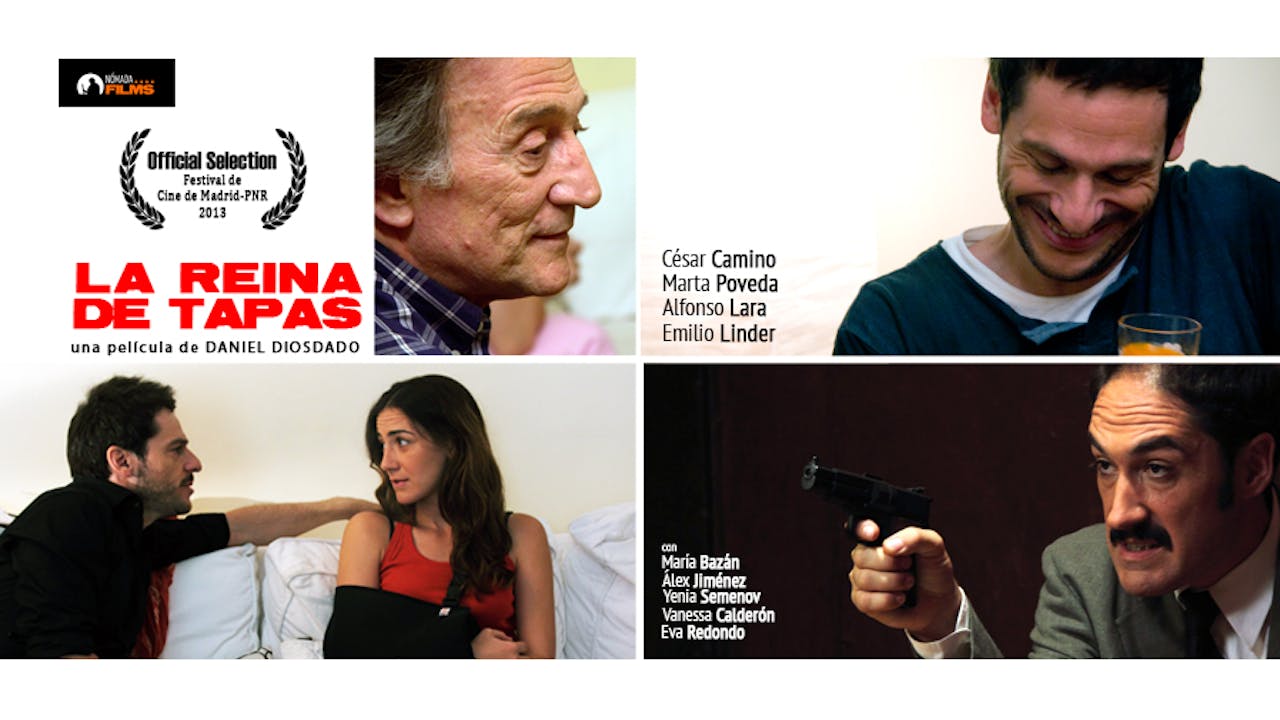 SYNOPSIS
(This feature film is in Spanish, with no English subtitles)

Clara and David have planned the perfect life together: They’ll work in their bar until they get old and retire to a little house by the beach with no one else but two beautiful husky dogs and themselves.
The perfect plan vanishes when Clara faints and they go to the doctor. David, in order to protect Clara, doesn’t tell her that the doctor said she has a brain tumor. On the other hand, David does tell his father, Manuel, and his two coworkers and friends from the bar, Alex and Yenia.
David decides to bring forward in time their living-on-the-beach plan before it gets too late for Clara. For him to be able to quit working at the bar, he needs to make as much money as he can in the littlest possible time.
David and Brigitte, Alex’s sister, plot a scam: every night, at zero hour, a ghost will appear at the bar. That will make people talk about the place, come to see the ghost and spend money on the business.
The plan works perfectly until Evaristo, an architect who works for the Town Hall, shows up and blackmails David: if David doesn’t give him money every week, he will make the bar closed.
What could be a perfect setup for Clara and David’s early retirement becomes a mess where David will have to hardly manage to get out…